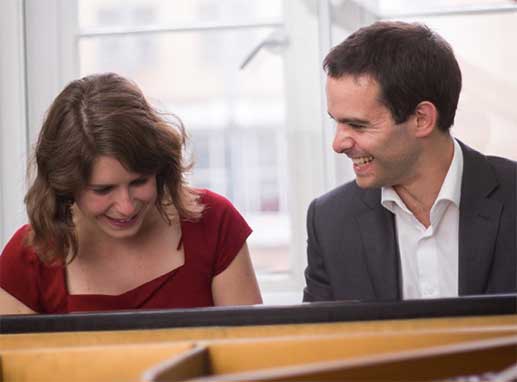 The Willshire Duo is comprised of husband and wife team Philippa Harrison and James Willshire.

The internationally acclaimed Duo regularly tours around the UK performing a wide variety of repertoire on one or two pianos, from Saint-Saëns Carnival of the Animals and Britten’s works for two pianos to new commissions such as ‘Haste Ye Back’ by Scottish composer Rory Boyle who will be attending the concert.

The trio was formed in early 2019 at the Royal Conservatoire of Scotland where the group are currently students. With the members hailing from Europe, North and South America, this group has individually performed all over the world and has come together sharing performance experience as soloists, orchestral players, chamber musicians and international prizewinners. 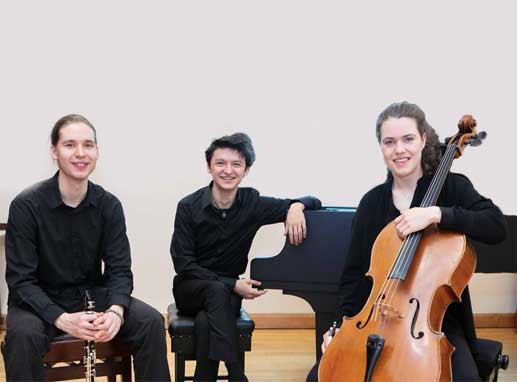 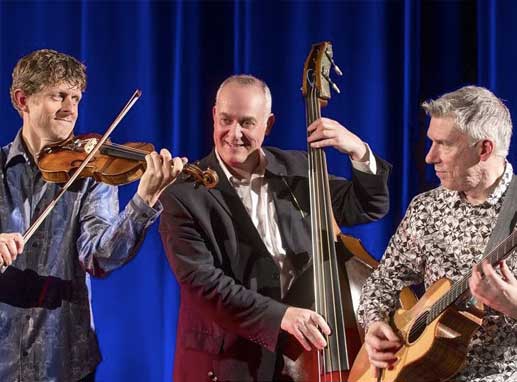 A master of the violin and a wizard of sound using classical, gypsy jazz and folk, Tim Kliphuis has created a unique style that is making waves in concert halls across the globe.

Tim, with guitarist Nigel Clark and bassist Roy Percy, return to Lanark for another truly memorable evening of virtuosic music.

Janis Kelly has been heralded as a “singing actress of near genius” (Sunday Times) who “has such natural grace and emotional eloquence that she cannot fail to touch the heart” (Independent).

Lorna Anderson, also a Glaswegian, is a highly regarded British soprano whose career has centered on the concert and recital stage. She excelled as a student of Patricia MacMahon at the Royal Scottish Academy of Music and Drama, winning several awards.

Together they will present an evening of Scots songs: Burns’ songs in the first half, and a mixed repertoire of music associated with Scotland in the second half. 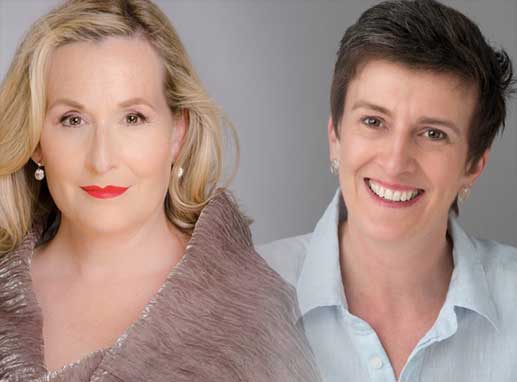 Solstice Brass is an established brass quintet formed in 2016 who have enjoyed a range of performances over the last few years. The quintet consists of five members all of whom are currently studying at the prestigious Royal  Conservatoire of Scotland.

A programme featuring a mix of Classical, Traditional, Contemporary music and everything in-between. This program will be sure to suit every audience member with some standard brass quintet repertoire and new pieces commissioned by Solstice Brass

Jonathan Radford
Praised for his “exceptional musicianship and emotive playing”, saxophonist Jonathan Radford is the 2018 Royal Over-Seas League Music Competition Gold Medalist and first prize winner. He was featured as a Rising Star in the August 2018 BBC Music Magazine.

Eleanor Kornas
Read Music at the University of Cambridge, graduating with a First Class Honours Degree. From September 2015 to July 2016, Eleanor was an Adami Award Junior Fellow in Piano Accompaniment at the Royal College of Music, working with the String and Vocal faculties, and she now works as a Staff Accompanist at Chetham’s School of Music. 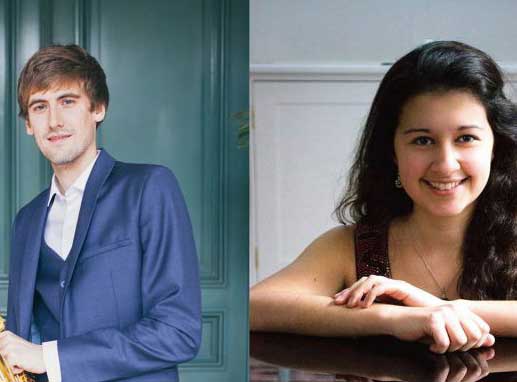 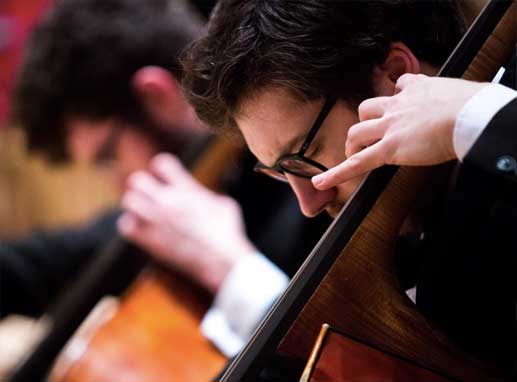 Programme: Will include Mendelssohn Octet in E flat major, Opus 20

The String Department of the Royal Conservatoire of Scotland has one of the most innovative and distinctive programmes in Europe, attracting students from all over the world. Students have access to the huge range of talent living in and passing through Scotland.

Brothers Micheal and Conor Murray and Dominykas Snarskis all studied at the Royal Conservatoire of Scotland on the jazz degree course studying under the direction of Dr Tommy Smith. Over the four years they have had the opportunity to perform in a variety of groups including big bands and small intimate ensembles. Outside of their studies they enjoy a varied career performing in jazz clubs and festivals around the UK and Europe. Their programme will include jazz standards and original compositions. 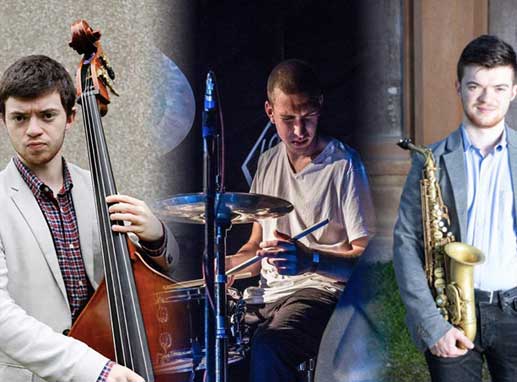 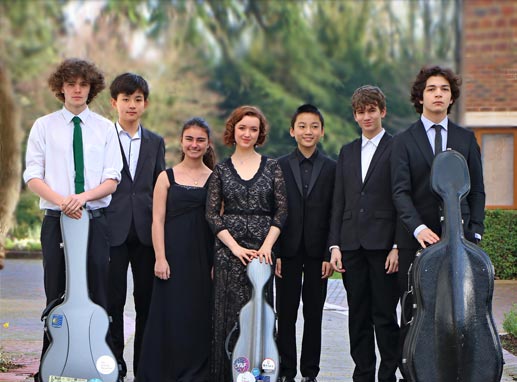 The opportunity to come to our World Heritage venue is keenly sought, as witnessed by the return of the students after leaving the school. The tour is especially for the pianists under the tutelage of the legendary Ruth Nye.